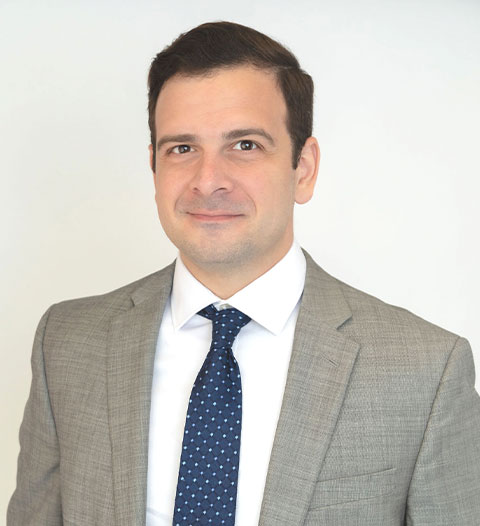 JAMES A. DINIRO was born and raised in Bergen County, New Jersey. In 2012, James received his bachelor’s degree from the University of Alabama with a major in Political Science. After working for Auburn University Montgomery’s Center for Government in Montgomery, Alabama, James returned to New Jersey and enlisted in the Army National Guard where he served as a Fire Support Specialist. In 2016, James enrolled at Rutgers Law School in Newark as an evening student and began working as a law clerk with Breslin & Breslin, P.A. in Hackensack during the day. In 2020, James received his Juris Doctorate from Rutgers and began a clerkship with the Honorable John A. Jorgensen, JSC in Middlesex County. In 2021, James joined the Bertone Piccini team and has found himself working in a number of different areas including estate planning and administration, commercial litigation and real estate.